Before we went to Hawaii we had all our fertilised eggs and I thought it would be fun to hatch some eggs. However, before we went on holidays we came to the decision that the rooster had to go to another home. I took him to a colleague's farm and Luke seemed quite happy there.

Now we wouldn't have anymore fertilised eggs! But once mated, the eggs are fertilised for a month so we still could hatch chicks. Snowy was broody so I took 3 eggs (2 of Princess Layers and 1 of Mary's) and put them under her.

When we came back 2 weeks later from holidays, I candled the eggs and only one had something in it. So on hatching day, I was disappointed nothing hatched. I told the kids we'd give it 2 more days and if it didn't hatch, we'd take it out and do an egg-topsy.

Sunday rolled around and still no hatching and Snowy was busted not even sitting on the egg (she was sitting on different eggs) and the egg was cold. I took it into the house and smacked it with a teaspoon to crack the shell so we could look inside, and as I was showing the kids the egg, the embryo inside MOVED.

Screams from the kids about me killing the egg, should have left it longer... I honestly thought it was dead!

So I tried to cover it with glad wrap to keep it moist (which later I found out was a bad idea) and try to keep the membrane moisty. Unfortunately it got very dry and looked like paper. We also used the heat lamp to keep it warm.

The next day a beak popped through the membrane and on Wednesday early hours, the chick was hatching. I did help it a bit, because that membrane was a bit rubbery, being so dry.

So we had a fluffy little chick for a few days, but the poor thing never wanted to eat or drink, just sleep. I thought that was normal for a newborn chick but as time got on, it was obviously not well and it died about 6 days after hatching, poor thing.

So now I now how NOT to hatch an egg. Next time I'm letting the chooks keep them.
Posted by Navimie at 17:47 No comments:

We spent the morning on Wailea beach - so this is the kind of beach I could get used to (but that's because we had service from our hotel!)

As a hotel guest we get a cabana and umbrella, iced water and sunscreen and the kids had a great time playing on the beach. The view is just gorgeous.

After morning beach time we went to have lunch at Flatbread Company which makes pizza and salad, all organic. Seemed very hippy but it was yum! 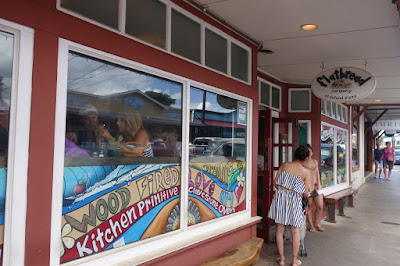 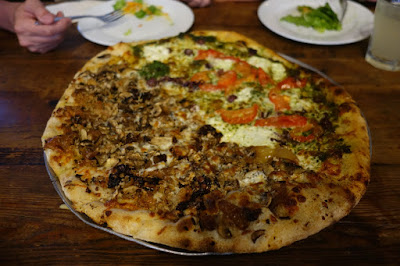 Then the drive up the volcano. There is a town on the way, Makawao, which has a lot of artists. There was a glass blowing gallery there and we bought our glass jelly fish there. Cheaper than at the art galleries!

Debated whether to watch sunset from Haleakala but we were getting tired and hungry. It is pretty cool that we're above the clouds. 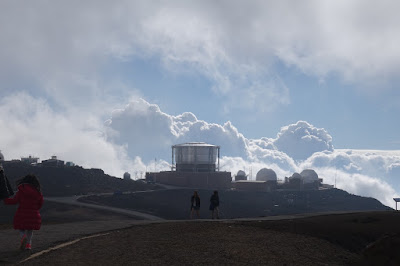 We had dinner at Maui Thai Bistro, and had a decent Thai meal and we were so full we couldn't finish our food! Ah, how I love sticky rice :)


Goodbye Maui! Off to Oahu tomorrow!
Posted by Navimie at 17:17 No comments: