When my daughter was in kindergarten I made her a very simple hat, which was just a band with and made a two strips cross over the top like a hot cross bun and decorated it with stickers.  As the Easter hat parade is always on a Wednesday which is a day that I am never able to get off or sneak out to for lunch, I have never been there for her parade.  Her aunt went and told me her hat was the worst hat there.  How MORTIFYING.

When I saw pictures of hats, I saw lots of people had used premade materials to use hats, like those party top hats you can buy at the $2 shop, or straw hats.  Which is fine, but I think it's a bit boring.  I wanted to make a hat from scratch, using what I had at home.

So last year, when my daughter was in Year 1, I decided to step it up a little bit and made the same style of hat, but this time I put ears on it and a cotton tail on the back.  Now it looked like a kid made hat, and I let her decorate it. 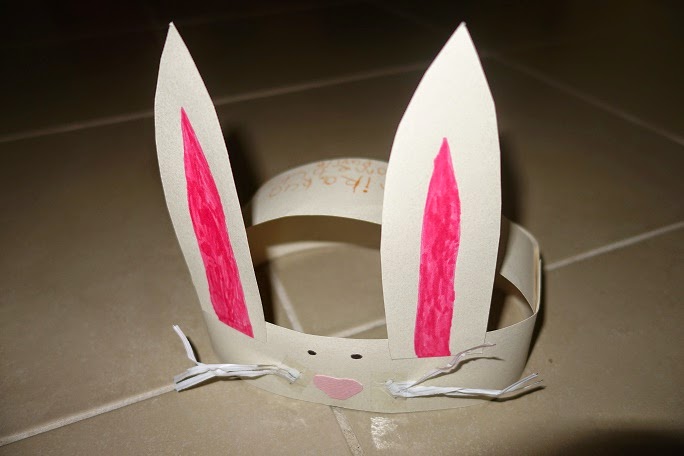 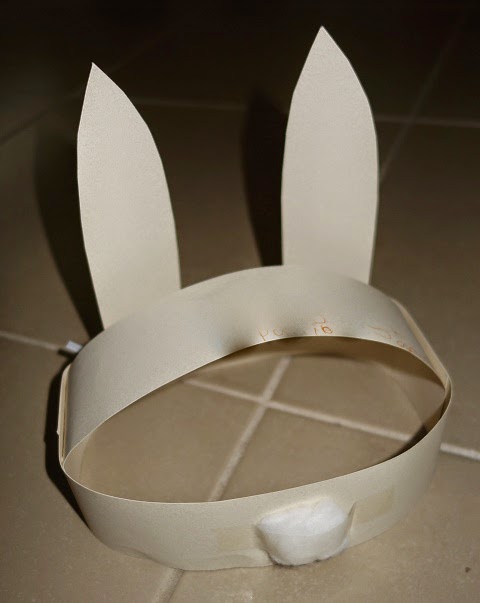 All the things were easily found around the house, and I was quite pleased with using some of those useless twist ties for something - whiskers was a great idea!  She loved the hat a lot and wore it for a few days after the parade, which made me happy. Her contribution to the hat was colouring the pink on the ears and sticking on the whiskers and tail.

This year I have TWO kids needing Easter hats, and I thought I would make something a little bit more fancy!

I looked on the internet for hats that I could make using things around the home and one brilliant idea I saw was using paper plates!

One parent had made a spiral out of her hat and I thought I would try that for my son, and my daughter asked if she could take a basket for her easter eggs to school.  I thought, I have a BETTER idea.  How about I make your hat a basket!

So for my son's hat I started with a paper plate and a spiral cut into it. 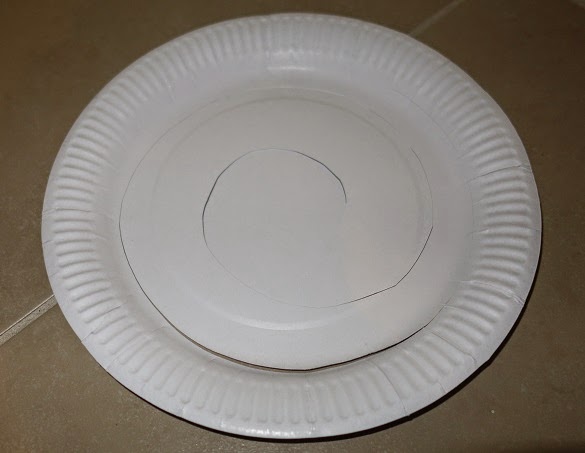 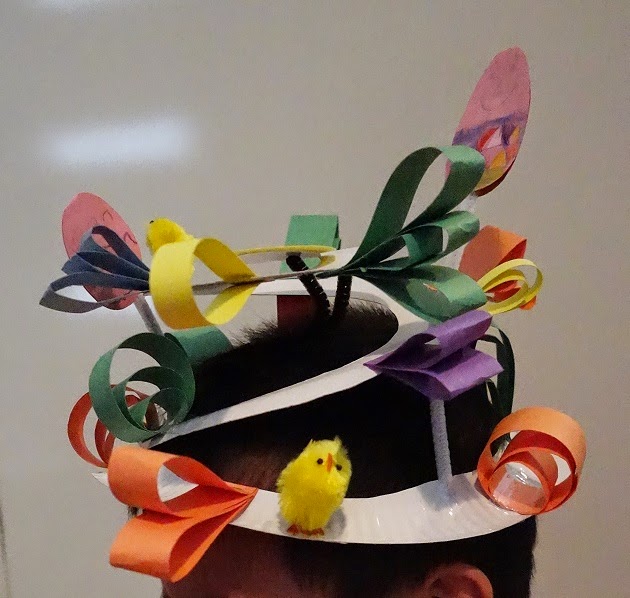 Just to make it a look a bit more easter-like I stuck some chicks and some hand coloured paper easter eggs (done by the kids) on more pipe cleaners.  So, this was the easy not too flimsy hat that I made for my son.  If he breaks or loses it, I won't be too upset (as long as he gets to wear it for the parade). 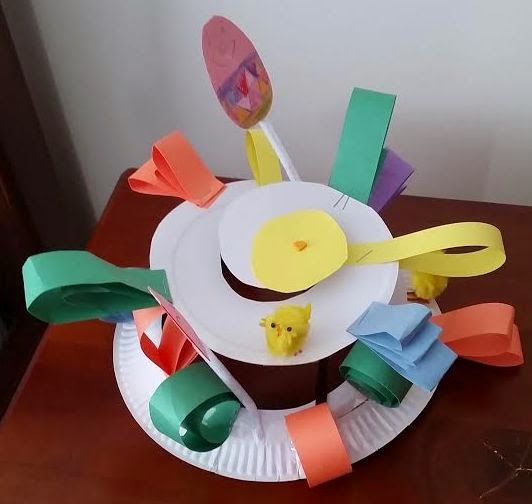 I was very proud of my daughter's hat!  I also started off with a paper plate, and I cut a hole in it then cut little tabs to give the cylindrical top of the hat something to adhere to. 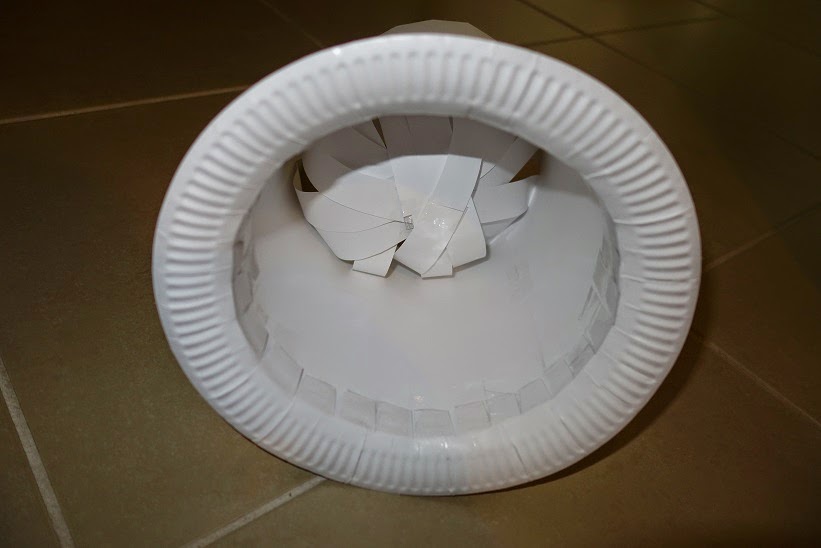 The top was just an A3 paper (2 pieces were needed) rolled into a cylinder and stuck on top.  I used a piece of sticky tape for each tab to adhere it into the cylinder and it held very nicely. 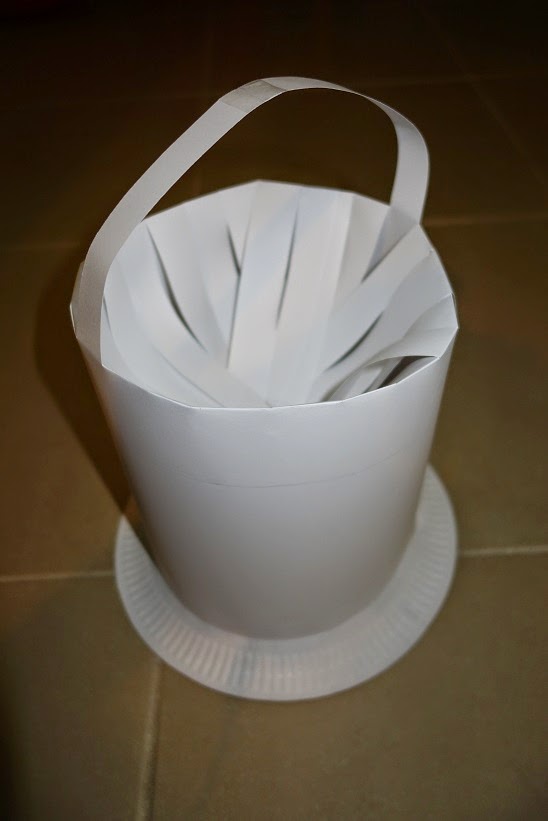 To make the top part of the hat, I measured 15cm from the top of the cylinder and cut 1.5cm strips all the way around.  I taped the opposing ends together, with one left upright to be a handle and the rest were pushed down to make the inside of the basket.

I cut some coloured strips of paper and asked my daughter to arrange it in the colour pattern she would like around the hat. 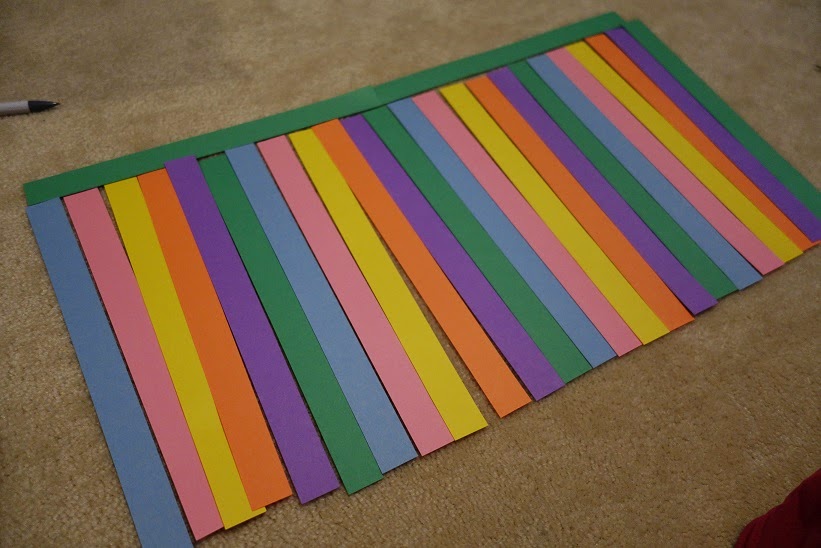 I was very pleased with the finished "mummy steps" of that hat! I ended up using some sticky tape to make sure the loops didn't slide.  Not very professional looking but for a kids hat, it's ok! 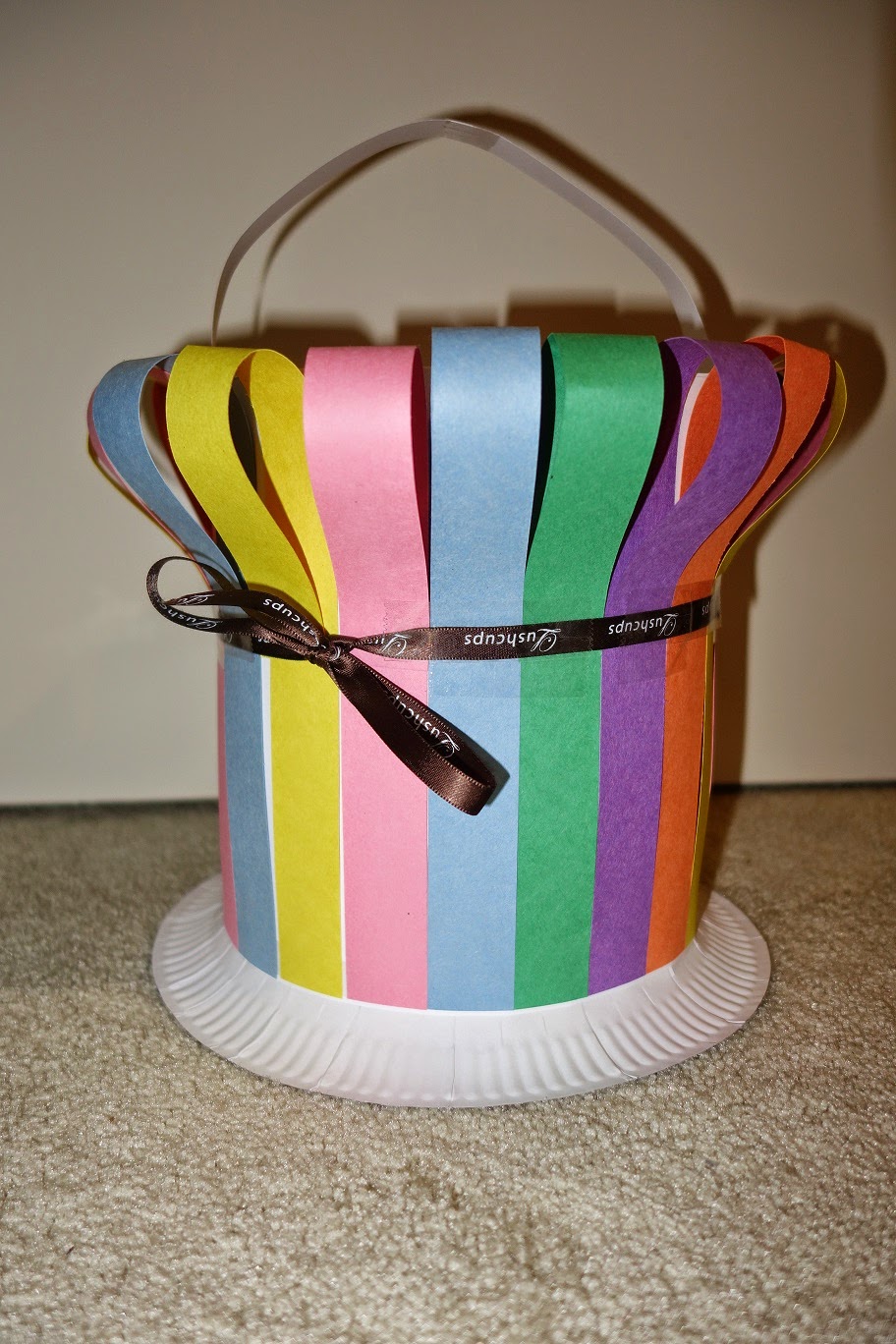 I left the rest for my daughter to decorate.  She stuck some foam stars on it and also some shiny teddy confetti around the edges of the hat and she was very pleased with the result!  So the finishing touches will be some straw or shredded green paper to line the basket and then put a small fluffy pompom chick in the basket with some easter eggs. 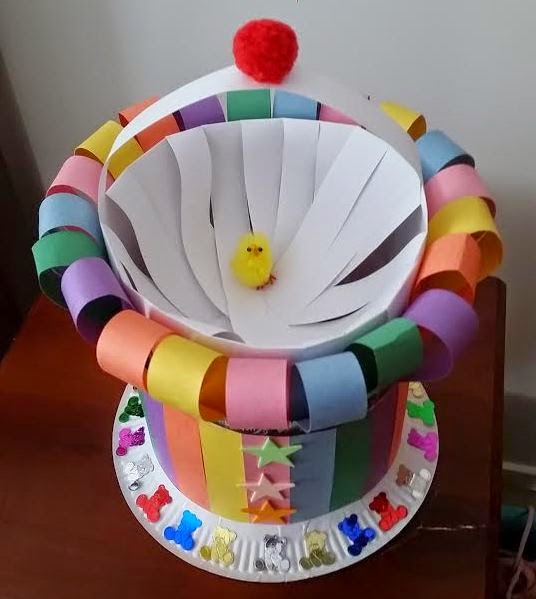